Haiti - hoping for recovery, in context 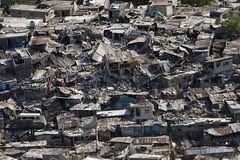 Peacekeeping - MINUSTAH
Originally uploaded by UNDP Global.
When I was little, one of my favorite books was The Stone*. I don't remember the details of it, I just remember the imagery, learning about Heart of Palm, and children's relationships with elders, and the life of a boy in what seemed to me a poor, but idyllic, countryside.

Mind you, it was set back when Haiti still had trees, but still: Life there was anything but as idyllic as the book showed, even then.

The misery wasn't shared in a children's novel, of course. The book made me want to live in Haiti one day. I became interested in French, and more than that in Creole. I imagined wandering jungles and listening to birds sing. 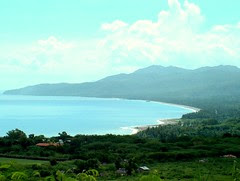 I only recently realized how much that book became most of my rose-colored knowledge about Haiti.

In adulthood, I've known that people thought it worthwhile to float hundreds of miles across open water in rafts to escape Haiti. I've known about Papa Doc and Baby Doc being horrible, fearsome dictators, and that the US somehow propped them up, but without detail.

I've known that Port-au-Prince was desperately crowded and poor, 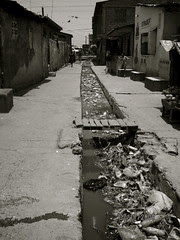 that slums in Haiti and many towns have open gutters running down the middle of the road to carry raw sewage, and that children there were desperately hungry. 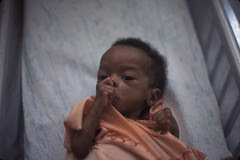 But I realize now with some shame that I had no idea of what the history was really like, Haiti's ancient legacy of debt, and how, between historically oppressive France, and the callous policies of the US, and what seems to be like near-disdain from the IMF, Haiti hasn't been able to get a break at all.

Add onto that its recent hurricanes, its overpopulation and environmental exploitation leading to deforestation and mud sliding, and now, the unlocking of a 200-year-old fault bringing shoddily-built Port-au-Prince to its knees in a pile of concrete dust and bodies, and I wonder how - or whether - they'll recover from their current situation.

My friend Meredith posted a link to a story with a brief history of Haiti, by Alex von Tunzelmann, from the London Sunday Times, May 17, 2009.

Just why is Haiti in such a dire situation, so much worse than any other country in the Americas, and as bad as anywhere on Earth? Some blame the United Nations. Some blame the Americans. Some have theories about the collision of global warming with global capitalism. All are careful to point out that the Haitian elite deserves its reputation for being greedy, negligent and kleptocratic. "I think the Haitian people have been made to suffer by God," Wilbert, a teacher, tells me, “but the time will come soon when we will be rewarded with Heaven."

There's a full summary of Haitian history at that link. Please click through and read it when you have a minute. In Wilbert's words, I hear Pat Robertson giggling. Pathetic slime rat.

I know Haiti needs help now more than ever before (except, perhaps, when they were trying to get out from under the French initially - what might be different now?) but I have no idea what we need to do. I'd start by saying that the US and other countries need to seriously consider more refugee status for Haitians. We need to help within the country more, but they've been a black hole for charity dollars in the past, with their kleptocracy and corruption. Doctors Without Borders, Oxfam, the smaller organizations are doing what they can with non-financial help, but in that system, how much can they do?

I'm overwhelmed at the thought. "How to fix it" is not my area of expertise, or they'd have called me long ago. Does anyone really know?

One thing I'm sure of: Knowledge is power. Learning about the history of countries like Haiti (and Iraq, and Israel/Palestine, and Laos, and Bolivia, and even the US) correctly, unsanitized, places current problems in context, so that solutions can be built from a base of fact and strength, rather than on a pile of rubble. We need to make sure other people see and read that story, and others like it.

*Searching now, I can't find The Stone. I don't remember who wrote it. It was about a boy named, I think, Peter or Pierre, and I think he lived with his grandmother, and loggers were cutting the palms, killing them, killing their hearts - so heart of palm, which was loved and precious, could not be harvested. 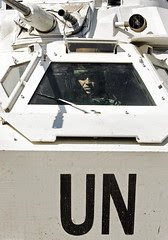 Port au Prince from the hills above it, today

How terrifying to see from above ... but far worse from the streets below.

sfgate.com has a great list of organizations who need your help so that they can help the people of Haiti. It looks like Doctors Without Borders lost their surgical facilities - and Haiti needs them right now. They're on the list. UNICEF needs you, too, as does the Red Cross.

Haiti is already the most impoverished nation in the western hemisphere, and hasn't yet recovered from last year's hurricanes, let alone the decades of political upheaval and violence. There's only so much we can do ... but that's better than nothing.
Posted by Mary at 10:40 PM 1 comment:

One year in two minutes

Eirik Solheim compressed a year into 120 seconds of video, to share the seasonal changes he observes from his balcony.

There is a point at which I think I can see the trees grow.

He explains his process in his blog, so you can do it to. Let me know when you're done, so I can post it here.
Posted by Mary at 6:59 AM No comments:

Finished Back Piece
Originally uploaded by savor_soaps.
I've been going to get a tattoo for ages, and I've only wanted Marie Wadman at Diving Swallow to do it. She's expensive, but VERY GOOD and sympatico with what I want.

I'd been planning on Douglas irises and/or California poppies, two of my favorite wildflowers. But I'm also in love with manzanita. One of my goals this year is to learn to discern each species of manzanita in the greater bay area.

I want California native plants because this is home, where my parents grew up, and I grew up, and my Mom was born, and Grandpa was born, and his parents were born ... back to the 1850s. And we're not beach people or mountain people, we're coastal hills people and sagebrush people and foothills people. My bones are partially made of manzanita wood, I think.

Eventually, my only wishlist item will be a link to a jar where folks can throw pennies at a tattoo fund. Then, when it's full, I'll contact Marie as per her instructions (ping her in fall, she'll get back to you later as she fills up her entire coming year's calendar) and plan my first tattoo.

(Here's the whole manzanita tattoo set from savor_soaps on flickr. I love this.)
Posted by Mary at 8:06 PM No comments:

A walk around Higham, Derbyshire, UK, by Grace Elliot. I assume this video was made just this week, during the Big Freeze. (It was uploaded yesterday.)

This makes me want to explore parts of my world more like this - not in video, but images ... lots of them. It feels more like stopping to look.

Google maps has a satellite view clear enough for you to follow her around, if you want a little fun.
Posted by Mary at 4:35 AM No comments: