map of the solar system 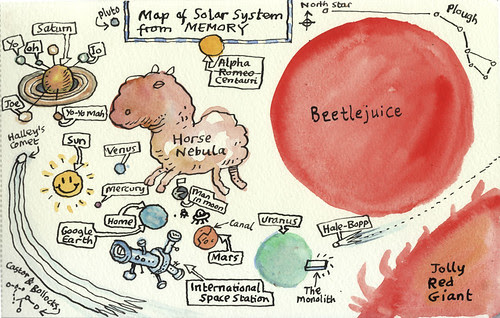 from the most trusted man in America 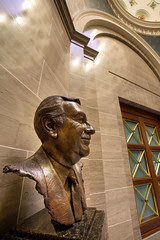 I am joining the hundreds of thousands who shall be marching in this virtual march to demonstrate the concern that we all hold for the future of our planet and all the living things -- flora, fauna, human and animal -- that exist upon it. The governments of the world have tarried long enough, and the United States is scarcely without doubt the greatest culprit among them.

We the people have the strength to bring our country from our weak-kneed stumbling gait in the last ranks of reason to the leadership of the great march to environmental victory.

I want to be in that parade and if there is a place up front I'd wish to lead the band or at least be assigned a big bass drum to help pound out the rhythm of glorious success.
- Walter Cronkite

still good with regard to madagascar

The BBC has an animated map showing the spread
of swine flu globally. Iceland, Fiji, Morocco ... it's getting around.

It's still not in Madagascar. It's just a matter of time....

I really like this photo. I wonder where it was taken, and why the banner was there:

Give geography its place

What use is geography? (school recruitment video from the UK)

Hot town, summer in the city

manhattanhenge
Originally uploaded by photographsdikdik.
Twice a year, the sun rises and sets in alignment with the (not quite) east-west grid of Manhattan's streets. The sun shines down the length of the urban canyons, and everyone with a camera comes out to take pictures of the phenomenon that has come to be known as Manhattanhenge. 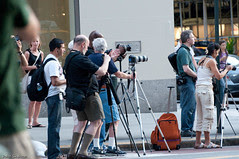 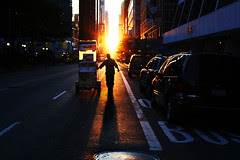 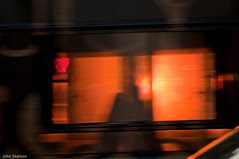 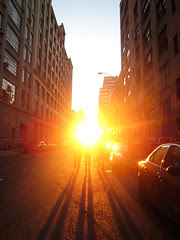 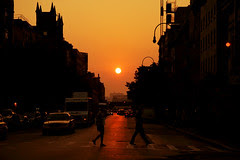 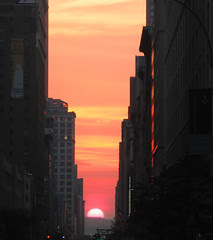 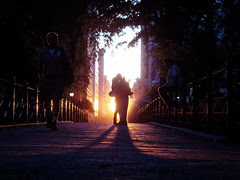 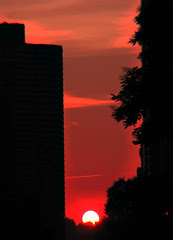 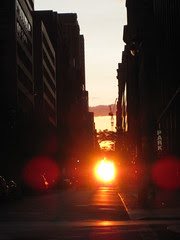 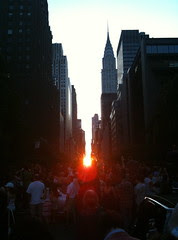 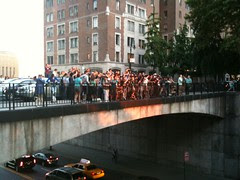 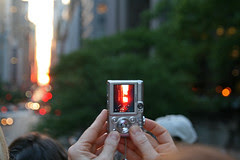 ocean's edge processes - I was transfixed

Typically, I don't much care for the slideshow variety of presenting this sort of information. But something about the way the titles worked in this, and the music -- I might always be a sucker for Mark Knopfler and Dire Straits -- pulled me in, and I watched it until the end.

That said, I'm not sure it helped my understanding of the ocean's edge. I had to poke around on the web afterwards to figure out what a tombolo is.
Posted by Mary at 3:22 PM No comments:

If there were a simple answer .... 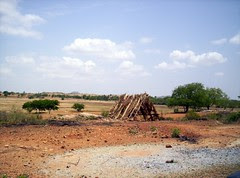 Hut
Originally uploaded by jackol.
A few months ago, when folks were starting to fuss about climate change and overpopulation causing water wars, I read in quite a lot of places that areas that historically have little water tend to use it peacefully, and the world would adapt.

But this, in The Guardian:

It was a little after 8pm when the water started flowing through the pipe running beneath the dirt streets of Bhopal's Sanjay Nagar slum. After days without a drop of water, the Malviya family were the first to reach the hole they had drilled in the pipe, filling what containers they had as quickly as they could. Within minutes, three of them were dead, hacked to death by angry neighbours who accused them of stealing water.

I think we can slow, but not stop climate change, and doing so won't be enough to prevent real suffering. Controlling population will help, but how? We have to almost stop. Otherwise, it will get much worse before it gets better.

And deep down, I don't think it's ethical or good public policy to enforce family size or procreation. (Look at China: Too many boys, second children -- or first, if girls -- given to orphanages, and rural/poor people still having extra children. "One Child" is controlling the population, but at what cost? And how can we compare that usefully to what Asia would be like now otherwise?)

I get fussy about countries like Japan and Norway complaining about low birthrate and encouraging people to have more babies so there will be someone around whose taxes can care for an aging population. I got downright grotty at Australia's John Howard, who encouraged Australians to have more babies even as the country was running out of water. But then what do they do to keep the population balanced?

I'd say they should be encouraged to adopt from poorer parts of the world -- but that way has led, in the past, to tragic exploitation. I'd say they should encourage families with young children to immigrate from areas that are more bottom-heavy in the age demographic department but then who supports these families as their children are educated and enculturated in the new country, as they move toward long-term residency, citizenship, and tax-paying status? And how do you get past the historically xenophobic practices in some of these developed countries?

If there were a simple answer, we'd be implementing it right now. No?
Posted by Mary at 10:12 PM No comments: