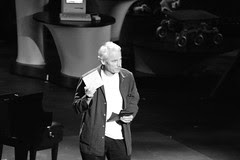 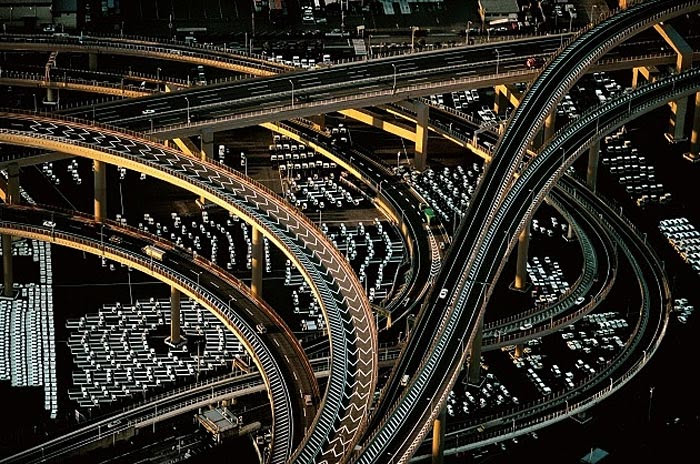 Click through to the link for a lot more of them.
Posted by Mary at 8:21 PM 1 comment:

Designer (creative director) Rhett Dashwood poked around on google maps for Victoria, Australia, and came up with an entire alphabet. I thumbnailed it for blogging, but am leaving you to go see the big version on his own website.

I need to take a little time and do one of these on my own. What fun.

The original page and much bigger image are right here at rhettdashwood.com.au.
Posted by Mary at 11:04 AM No comments: 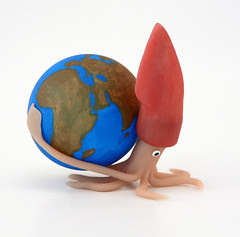 Atlas
Originally uploaded by Articulate Matter.
I have no words.
Posted by Mary at 6:01 PM No comments:

Get outside! But come back and tell us what you saw. 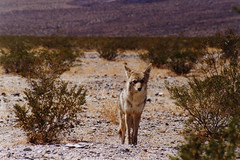 Coyote, Death Valley
Originally uploaded by marymactavish.
Oh, this is a nifty site.

Wildobs lets you upload the location of wildlife you find around North America (at least) with details about habitat, and mapped locations. I am going to explore the area near where I live, find out what's around at this time of year that I haven't yet noticed, and go look. It's a perfect "get outdoors now!" computer toy. (There's an associated iphone app, too. I don't see anything for my Treo yet.)
Posted by Mary at 7:40 PM No comments:

fussing about the weather

scorcher
Originally uploaded by glennbphoto.
The San Francisco bay area usually has relatively moderate weather, with the occasional scorcher in July or August. This is the first time I can remember three days in a row like this in April.

The thing is, only houses built since the mid-70s routinely have insulation, and far fewer than that have air-conditioning. Our house has no insulation at all, and despite having a patio on the south side and small windows on the west side, we can spend much of a warm day 5ive to ten degrees hotter indoors than outdoors. We start the day, on days like this, with fans at about 6 am. When the air blowing in goes from neutral to warm, we shut off fans, close windows, close up the master bedroom with the tiny in-room a/c unit, and hang out together in the one room. On a 95 degree day, that bedroom can be kept at about 80, while the hallway will be 86 or so, and the rest of the house at 90-100.

The blessing is that it's not humid. One of my most miserable days was in June 2006, in Boston, when it was 100F outside, 90% humidity. And just as a warning: There's nothing worse than smelling the tar decks of the USS Constitution on a day like that, then going to a kosher deli/restaurant and watching a waiter carry a pile of wiggly gravy-covered meat loaf past your table.

Here, it's about 93F right now, but humidity is in the mid-20s. It's starting to feel cooler outside than inside so I've reopened the house and turned the fans back on. I'm lying around, typing and sweating, with an ice pack between me and the laptop. It's not so bad.

We look moderate on paper partially because though we have days like today, the forecast for Friday is in the high 50s with a chance of rain, and just this time last week, I took this little video 20 miles from here, on a chilly afternoon.

(Photo was taken in San Francisco yesterday. It's possible the sensor was in the sun.)

California's new Geospatial Information Officer explains what the GIO office is for.

On April 14, Michael Byrne, the new GIO for the State of California, explained the duties of the GIO office, and his position.

It seems like the right move, now, with so much of what happens in California facilitated by mapping and aerial photography, to integrate agencies and services with shared GIS directions and resources.
Posted by Mary at 4:32 PM No comments:

In which I share a little of my life 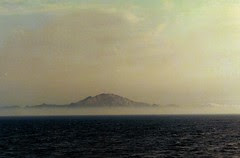 I love google. I love knowing where to find information. And I can't not know some things. This then comes back to my obsession

I had this instant-message conversation, just this morning:

I'm sure some of the information is vague and/or inaccurate, and I certainly provide no citations. It was based on 15 minutes of reading from links I found via google. But still: This is how my life often goes.
Posted by Mary at 11:30 AM 1 comment: